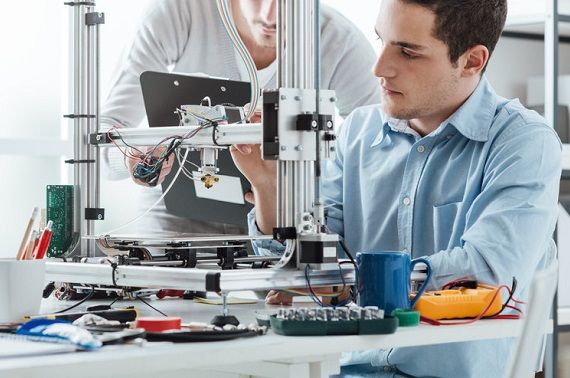 To reverse this trend, Budget 2022 regulates the creation of innovation and investment institutions that are operational independent of the government and will receive $ 1 billion (B $) over the next five years.

“The final details of the agency’s operating budget will be decided after further consultations later this year,” reads the budget document.

These details will be announced in the 2022 Economic and Fiscal Update scheduled for this fall.

Indeed, this budget is expected to stimulate investment in Canadian defense manufacturing.

In addition to the announced agency establishment, Ottawa has added $ 750 million to support Canada’s global innovation cluster launched in 2017.

The federal government wants innovation clusters to step up collaboration, especially on projects “in line with government priorities such as fighting climate change and supply chain disruptions.”

Ottawa wants to encourage growing SMEs to invest. SMEs are now benefiting from a 9% tax cut on their initial $ 500,000 taxable income, with a typical tax rate of 15%.

According to the federal government, Canada is also inferior among G7 countries in terms of per capita patent holdings. This is why Ottawa launched its National Intellectual Property Strategy in 2018.

However, the Minister of Finance believes it is important to increase the range allocated to the sector over the last four years by announcing an investment of $ 96.6 million over five years and then $ 22.9 million annually.

This amount, among other things, should allow graduate students and researchers to commercialize their work and launch platforms that should help Canadian companies protect their intellectual property in foreign markets. The government also appreciates the initiatives so far advocated for commercialization and hopes that public intellectual property will provide better service to the country’s private sector.

“A strategic review of the IP program announced in Budget 2021 is underway. If necessary, the Federal Government will promote intellectual property growth and retain it in Canada. We plan to strengthen the conditions for this, “explains the budget document.

Continuing the Canada Research Chairs Program (CRCP), which was established in 2000, Ottawa wants to attract more prominent researchers to the country, giving them $ 38.3 million and $ 12.7 over the four years from fiscal year 2023-2024. Dedicate. After that, it is M for a year.

With a current 2,200 research chairs, the CRCP should allow Canada to welcome 12-25 new research chairs in the fields of science, technology, engineering and mathematics.

In addition, envelopes of $ 40.9 million for five years and $ 9.7 million annually will be provided, and scholarships and fellowships will be awarded to promising student researchers in the black community.

$ 1.9 billion for existence in space

The 2022 budget, which is a sign that space attraction is still very present among our politicians, is to build and operate the Canadarm 3 system for the NASA-led gateway Lunar Space Station. Will provide a total investment of $ 1.9 billion over the next 24 years.

Canadarm3 is an intelligent robotic system that uses software and artificial intelligence to perform tasks on a space station orbiting the moon.